Eight Things College Students Need to Know About the 2020 Census

This spring, the U.S. Census will hold their decennial count of people who live in the country and five U.S. territories.

How long has the census taken place?

The first official census of the United States took place in 1790 and has occurred every ten years since. According to the Census Bureau's website, the first census asked six questions and reported a total U.S. population of 3,929,214.

Is participating in the census mandatory? 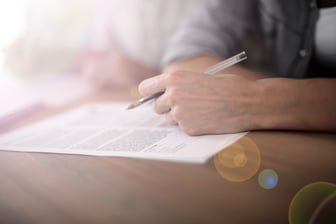 Title 13 of the U.S. Code says participation in the census is mandatory, however, it also protects individuals and businesses. This means that any information collected through the census or by census employees is considered private information and is never published, or used by any government agency or court.

What happens if I don’t participate in the census?

Anyone who doesn’t want to take part in the 2020 Census could receive:

How much can I be fined for not participating in the 2020 Census?

According to Title 13, a complete refusal to answer the questions on the 2020 Census can result in up to a $100 fine. Participants who give false answers to a census employee can be fined up to $500, and if you provide information with the "intent or purpose" of causing an inaccurate count in your area you can be fined up to $1,000 or imprisoned for up to one year, or both.

How is the census conducted?

In mid-March, households will start to receive official notifications from the Census Bureau with detailed instructions on how to respond to the 2020 Census.

By April 1, 2020, everyone will receive a notice advising them how to participate in the 2020 Census by choosing one of the following manners:

The person filling out the form (Person 1) will need to provide the following information:

Next, Person 1, and anyone who lives with them, will need to provide the following information:

How should students respond to the census?

College students living in on-campus housing on April 1 should use their dorm as their primary address.

College students living away from their families, but not in school-owned housing, should use the address where they are living on April 1 as their primary address.

How does the 2020 Census benefit college students?

College students who take part in the 2020 Census increase their states chances of receiving:

Students also have the opportunity to take a temporary census position to make money during the school year. Those working in Athens County have the chance to make up to $16/hr. However, pay will vary based on location. To see a list of local pay rates in Ohio, click here.

How is the collected information used?

Data collected by the 2020 Census will help decide: