NELSONVILLE, Ohio—The Hocking College Archery team continues to make a name for itself.

Even with the season cut short by the COVID-19 pandemic the Hawks took home plenty of hardware during the 2019-2020 season.

At the Hawks’ competition in Lancaster, Pennsylvania, in late-January, there were no team awards given, but coach Rodney Estrada did the math and of the 17 schools present the Hawks had the highest team score. 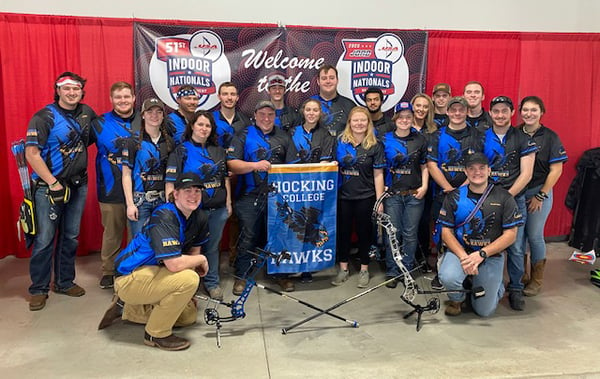 At the Indoor Collegiate Regional Tournament, Feb. 16-19, in Dayton, Ohio, the Hawks competed against archers from six other schools from a 17-state region.

“We had a very intense grouping of both collegiate medals and also regional medals which helped the team finish first in the region,” first-year coach Rodney Estrada said. “There were sectional medals there as well. We had a pile of those come in.”

Among the medalists at the Indoor Collegiate Regionals were:

Estrada said he’s proud of how the Hawks have performed this season against much larger teams from much larger schools.

“I’ve been blessed in my career of being able to have small teams come in and do very well,” he said. 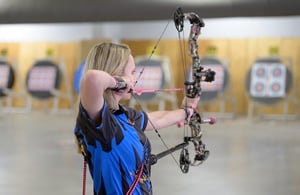 That level of competition is one of the things the coach sees making the team better.

“I think it helps them to better know what they’re capable of once they see they can actually hold their own against some of these really large schools,” Estrada said. “I’m very proud of the opportunities they get to grow and learn and I’m very proud that they stay very team-oriented.”

Estrada said one of the keys to the team’s success is their coach-ability.

“Shooting bows and arrows seems to come with a certain degree of ‘I already know how to do this because I’ve been doing it all my life,’” he said. “Bowhunting doesn’t necessarily transfer directly into competitive bow shooting and these athletes are all avid huntsmen and outdoorsmen. So they’re very coachable and very willing to let me make recommendations of equipment and make recommendations of form. They’re willing to listen.” 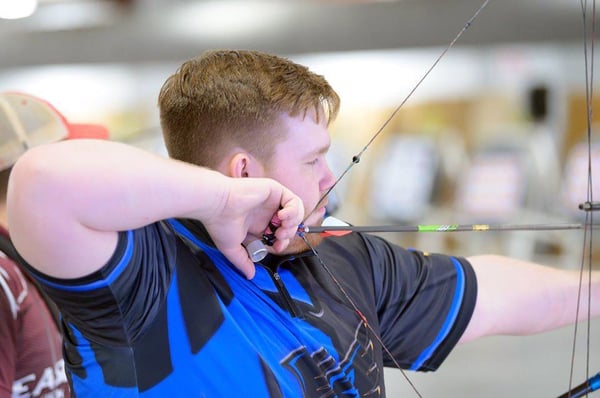 The Hawks finished sixth as a team at the Collegiate 3-D Championships held Oct. 4-6 in Foley, Alabama.

“We had a number of individual podiums,” Estrada said. “Most notably was Cole Luburgh who took a home silver medal.”

Thirty-eight schools were represented at the event.