Fifty years ago, Jim Linthicum became the first person in his family to graduate from college.

However, it wasn’t the only first the Burlington, Ohio, native was making that day. 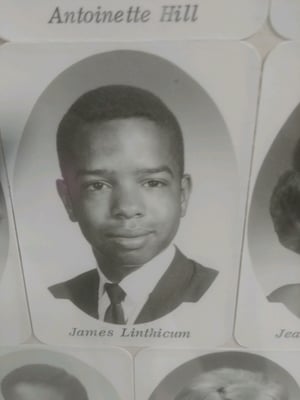 Linthicum was in the first graduating class of the Tri-County Institute — what’s now Hocking College. He’s also the first African American graduate of the school.

Growing up in southeast Ohio, Linthicum says he didn’t give much thought about attending college until his junior year at South Point High School when one of his teachers made an off-hand comment that he “should think about going to college.”

“That stuck with me,” Linthicum said in a recent telephone interview.

During Linthicum’s senior year of high school, Frank Downhour, the dean of students for the Tri-County Institute, spoke to a group of students at South Point High, including Linthicum.

The dean told them about the new school’s programs, it’s affordability compared to four-year colleges, and the ability to graduate in two years and enter the workforce. He also emphasized the school’s technical and hands-on training, and how, in the changing job market of the late-1960s and early-1970s, those technical skills would make graduates desirable to employers.

All of that appealed to Linthicum.

“My parents couldn’t really afford to send me to a four-year college,” he said.

In Hocking, Linthicum saw a way to make his life better. 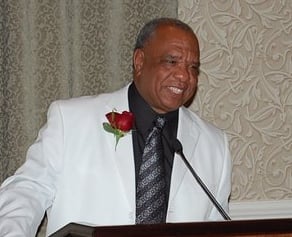 “I saw a path of where I could go to school, get an education and get a good job,” he said. “I thought I did well in high school, and I thought it would be a waste to not go to college. It was one of the best decisions of my lifetime.”

The new Tri-County Institute shared a building with Tri-County Joint Vocational School — now the Tri-County Career Center. While Linthicum lived nearby, he spent most of his time on campus, spending all day at the school, studying or playing cards in the lounge between classes.

He recalls walking to school on the first day of class in 1968, and a group of fellow students stopped and asked if he was headed to Tri-County. They offered him a ride, and he found that a couple of the guys in the car were also Electrical Technology students. They quickly became friends, and Linthicum is still in touch with one of them to this day.

After graduating in 1970 with a degree in Electrical Technology, Linthicum began working for American Electric Power in 1972. He stayed with the company until his retirement in 2010. He spent 24 of his 28 years in management and eventually transferred to Roanoke, Virginia, where he still lives with his wife, Tina Morrison Linthicum. Their blended family has four children and three grandchildren.

He credits the education he received at Hocking College, giving him the skills needed to be an effective technician and supervisor.

“I certainly learned the technical skills to work in the electrical field,” Linthicum said. “But the communications classes prepared me to be able to talk to people, to express my ideas in verbal and written ways.

“I learned so much from meeting other people from around the state,” he continued. “It opened me up to a whole new world. I matured as an individual. I was on my own. I had to take care of myself. I grew so much educationally, socially and culturally.”

One of the achievements Linthicum is most proud of is being the school’s first African American graduate. 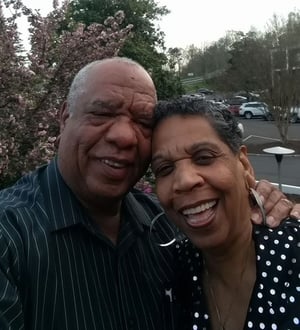 “There were no obstacles put in my way,” he said. “I didn’t have to struggle because of my race. There were people there who helped out and offered me a hand to make sure I could graduate.”

Graduation wasn’t always guaranteed for Linthicum. After his first year, he wasn’t sure he could afford to come back and complete his associate degree. He called Downhour to tell him he couldn’t return.

“He said, ‘Let me see what I can do,’” Linthicum recalled.

The dean was able to get Linthicum financial aid and a job on campus, working as a custodian, cleaning up the school after classes, giving Linthicum the money he needed to attend his final year of college.

Over the years, he’s paid that caring mindset back through his faith. He’s served as a deacon and Sunday school teacher and Sunday school superintendent at the churches he’s attended. He was recognized for his work as an inmate rehabilitation volunteer at local jails in Virginia, volunteers at the Roanoke Rescue Mission and is a member of Gideon International.

Linthicum was scheduled to speak at Hocking College’s Spring Commencement, helping to mark the 50th anniversary of the first graduating class. However, that ceremony was postponed because of the COVID-19 pandemic. A joint spring and summer commencement is scheduled for Aug. 8, 2020, and Linthicum plans to speak, sharing his memories of Hocking and how it gave him the path to his successful career and life.

“A lot of people had a dream of what Hocking could be and how it could help students better their lives,” Linthicum said. “I’m proud to be part of the first group to help fulfill that dream.”