15 Fun Facts About the Fourth of July

For many, the 4th of July is an excuse to relax in the sun, toss back a few drinks, and watch fireworks with their family and friends, but the history of Independence Day is much richer and more exciting than one might believe.

Here are 15 fun facts about the U.S. birthday that might surprise family and friends.

1. We Didn't Actually Declare Independence on the 4th of July

One of the greatest misconceptions of the 4th of July lies in the name and date. It is widely believed that America declared their independence from Britain on July 4, 1776. However, the official vote actually took place two days before and the “Declaration” was published in papers on July 4.

2. The Designer of the 50-Star Flag Lived in Lancaster, Ohio 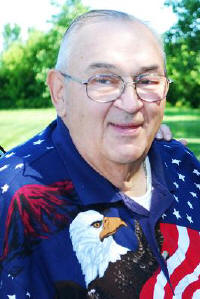 In 1958, a history teacher assigned a class assignment to redesign the national flag as both Alaska and Hawaii neared statehood.

Robert G. Heft, who was 16 at the time, designed a new flag using the old 48-star flag and $2.87 worth of blue cloth and white iron-on material. His design earned him a B-minus to which he challenged by sending it to Washington D.C. to be considered by President Dwight D. Eisenhower.

According to his obituary, Heft was one of thousands to submit a flag design but he was the only person who actually stitched together a flag and shipped it to D.C.

Once the flag was selected, Heft's grade was rightfully changed to an A. His design became the official flag in 1960.

3. Americans Will Enjoy 150 Million Hot Dogs During the 4th

According to the National Sausage and Hot Dog Council (NHDSC), Americans are expected to eat 150 million hot dogs over the July 4th holiday. This is part of an estimated 7 billion that are expected to be eaten during the summer season from Memorial Day to Labor Day.

4. Only Two Men Signed the Declaration of Independence on July 4, 1776

Charles Thompson and the infamous John Hancock were the only two men who actually signed the Declaration of Independence on July 4, 1776. The other 54 delegates signed over the course of the next month.

5. There is Something Written on the Back of the Declaration of Independence

... and no, it isn't a treasure map written in invisible ink.

According to the History Channel, a simple message is written upside-down across the bottom of the signed document that reads, "Original Declaration of Independence dated 4th July 1776."

According to the same article, no one knows who wrote this or when, but it was believed to have been added as a label during the years of the Revolutionary War when parchment was frequently rolled up for transport.

6. One Signed Later Recanted the Declaration of Independence

Richard Stockton, a lawyer from New Jersey, became the only signer of the Declaration of Independence to recant his support of the revolution after being captured by the British in November 1776 and thrown in jail. After years of abusive treatment, and his recanting of loyalties, Stockton was released to find all of his property destroyed or stolen by the British. His library, one of the finest in the colonies, was burned to the ground.

7. The Average Age of The Signers Was 45 Years

Of the 56 signers, the youngest signers, Thomas Lynch Jr. and Edward Rutledge of South Carolina, were only 26. However, Benjamin Franklin of Pennsylvania was the oldest signer at 70 years old.

8. The Declaration of Independence Was Written on a Laptop

... Okay, not a modern laptop, but still. Thomas Jefferson drafted the Declaration of Independence on a writing desk that could fit over one's lap. This device was referred to at the time as a "laptop."

According to the American Pyrotechnics Association, Americans spend more than $1 billion on fireworks each year. Out of this, only 10% of firework displays are set off professionally, which probably accounts for the estimated 12,900 firework-related emergency room visits across the country.

According to Fortune Magazine, of those injuries occurring between June and July, almost 70% were experienced by men.

On the second anniversary of Independence Day in 1778, American troops were fighting the American Revolutionary War. During this time, George Washington ordered a double ration of rum for American soldiers to celebrate the holiday with. 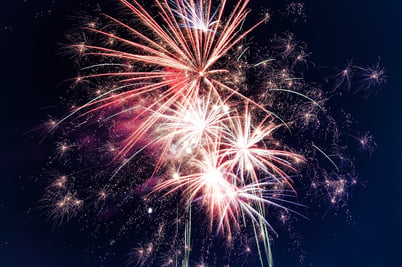 11. Fireworks = An American Tradition Dating Back to 1777

Fireworks date back as a tradition of Independence Day as early as the first anniversary in 1777.

12. A Much Smaller Start

Although an official national census was not completed until 1790, the U.S. Census Bureau estimates that there were only about 2.5 million people living in America in 1776 when the Declaration of Independence was signed.

How many of you own a flag t-shirt, beach towel, shorts, headband, or any other item that is representative of the U.S. flag? Turns out that you're in violation of the U.S. Flag Code.

The U.S. Flag Code states that you are in violation if  you sell or display any “article of merchandise . . . upon which shall have been printed, painted, attached, or otherwise placed a representation of [the flag... in order to] advertise, call attention to, decorate, mark, or distinguish the article or substance on which so placed.”

That being said, in this instance, the Flag Code is not enforced or even enforceable, so don't worry - you won't get arrested by the Flag Police.

Thomas Jefferson, 82, and John Adams, 90, both died on July 4, 1826 within five hours of each other on the 50th anniversary of the signing of the Declaration of Independence.

15. A Little Late to the Parade

July 4th was not deemed a federal holiday until 1870, nearly 100 years after the nation was founded.

Now that you are armed with these 15 fun facts, go forth and enjoy your barbecue. Happy 4th of July from Hocking College!