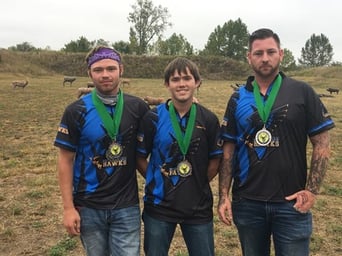 In Recurve competition Taylor Foster was Hocking's lone shooter and she shot a 230, good enough for 6th place.

In other team competitions Hocking College's Men's Bowhunter Team of Childress, Cook, and Mizener placed 5th, the Women's Bowhunter Team of Dormire, Lewis and Romeo placed 9th and the Mixed Bowhunter team of Childress and Dormire finished 5th overall. In the Compound Division the Men's Team of Luburgh, Saylors and White finished in 5th and the Mixed Compound Team of Luburgh and Matthews also placed 5th respectively.

"Our kids did a great job this weekend," said Hocking College Archery Head Coach Steve Dietz, "I couldn't be more proud of the effort that they have put forth thus far. Times got tough as we were battling against some of the best competitors in the country and some inclement weather as the aftermath of Hurricane Nate pushed through Illinois on Saturday. The kids have mentally prepared themselves for these situations and it showed this weekend. We'll continue to work on improving our craft and for this only being our third year of existence we are competing with some of the most storied archery programs in the country. People are taking notice not only regionally but nationally and I'm very pleased with where we are as a program."

Hocking College Archery will return to action when they travel to Foley, Alabama for the United States Archery 3D Nationals later this month. For more updates on all Hocking College Athletics stay tuned to www.hockinghawks.com. 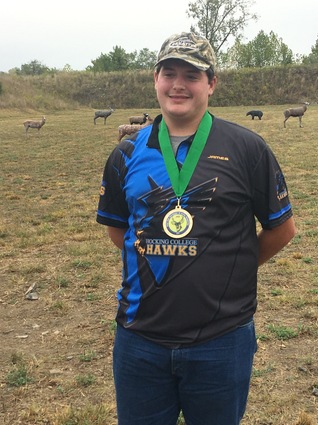 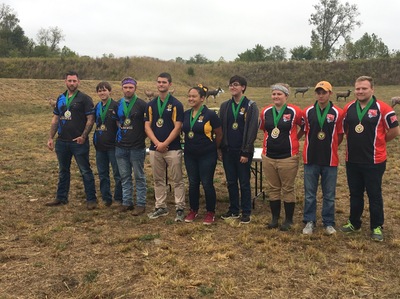