Observed on the last Monday of May, Memorial Day is an American holiday meant to honor the men and women who have died while serving in the U.S. military.

What’s the history behind Memorial Day?

Originally called Decoration Day, this tradition was a response to the Civil War. When the war ended in the spring of 1865, so many lives had been lost that it became necessary to establish the country’s first national cemeteries to honor fallen heroes. 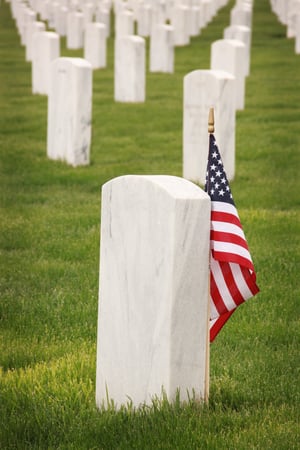 Although the location of the official birthplace of Decoration Day is debatable, many historians bestow this honor on the village of Waterloo, New York, which held the first recognized Decoration Day celebration on May 5, 1866.

On this day, residents celebrated by closing all businesses and decorating the graves of soldiers with flowers and flags.

In 1868, Gen. John A. Logan, the commander in the Grand Army of the Republic—a fraternal organization of Union veterans—issued General Order No. 11, which called for a national day of remembrance for the Civil War dead to be held annually on May 30.

Logan chose the date because flowers would be in full bloom—especially in the southern states.

That same year, the holiday was officially celebrated at Arlington National Cemetery near Washington D.C. for the first time by some 5,000 mourners who came to pay their respects by decorating the graves of Civil War veterans.

During World War I, Decoration Day was renamed Memorial Day and was expanded to commemorate any soldiers who died in the line of duty.

How can I observe Memorial Day?

Wear a red poppy on Memorial Day to honor those who died serving the United States during any war. 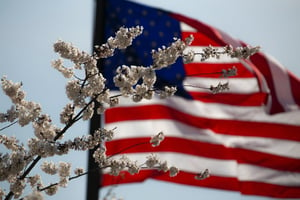 We ensure our support processes align with and adhere to all applicable federal and state laws, Department of Defense Instructions, Department of Education guidelines and Veterans Administration policies and procedures. We subscribe to the guidance contained within the Principles of Excellence and the 8 Keys to Veterans’ Success and strive to ensure veterans, military members, and dependents earned education benefits. They are administered in a manner that provides the highest return on investment possible.

Hocking College is Regionally Accredited through the Higher Learning Commission, is a VA approved training site and is a participating institution under the DoD Voluntary Education Partnership Memorandum of Understanding (MOU). This enables our Veterans and Military affiliated students to select from multiple service-connected funding sources.