By now you’ve probably noticed that plastic straws are nowhere to be found in the Hawk’s Nest Dining area. But, are you aware of why this switch from plastic to paper straws was made? This blog will help explain the reasoning behind this change and how it will ultimately improve our environment.

What Prompted the Switch from Plastic to Paper Straws?

Back in September 2017 a campaign, which later became known as Strawless in Seattle, was launched to motivate businesses to stop using single-use plastic straws. The purpose of this campaign was to encourage business owners to start making environmentally-friendly changes that could help preserve the oceans.

As a result, over 150 restaurants supported this movement and over 2.3 million single-use plastic straws were removed from the state of Washington in only one month.

Fast forward a year later and Seattle became the first major city in the U.S. to officially ban plastic drinking straws. This inspired other U.S. coastal cities such as Malibu, CA and Miami Beach, FL to adopt similar bans.

What is Lonely Whale? 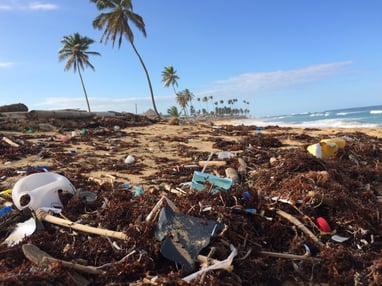 Lonely Whale’s mission is to be "an incubator for courageous ideas that drive impactful change on behalf of our ocean. Inspired by the power of community to create the change we need to ensure a healthy planet, we are working towards a new era of radical collaboration, together facilitating the creation of innovative ideas that push the boundary on current trends in technology, media and advocacy that positively impact the health of our ocean.”

How Are Plastic Straws Bad for Marine Life and the Ocean?

There are several reasons why plastic straws are bad for marine and ocean life, including:

Are Plastic Straws Bad for Humans?

Believe it or not, plastic straws are not just bad for the environment, but also for you! According to a Washington Post article, here are a few lesser-known, health-related reasons to ditch plastic straws.

What Are Some Alternatives to Plastic Straws?

If you're looking to ditch plastic straws, try using one of the following alternatives instead: