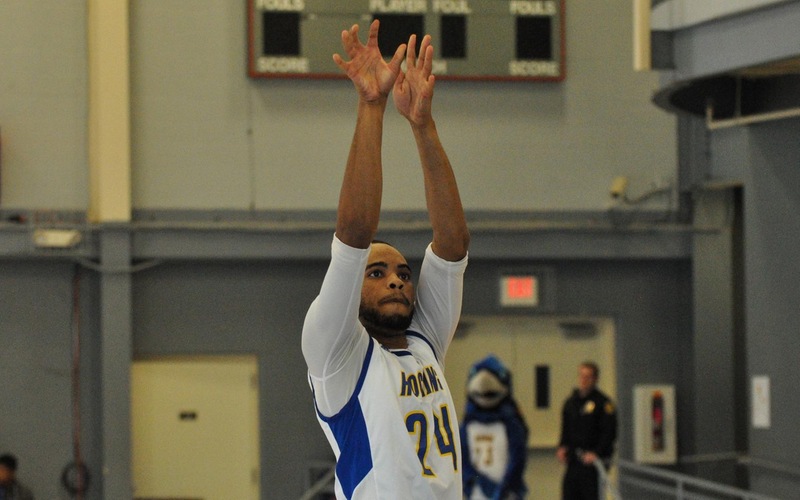 The Hawks traveled to Springfield on Saturday to take on the Eagles of Clark State Community College and locked the Eagles down to come away with a 68-51 road win.

"We got a great defensive effort today from our guys" said Coach Matt Williamson. "Anytime we can hold an opponent under 20 points in the first half we set the tone."

The Hawks stiffled the Eagles with their great defensive effort allowing Clark State to only shoot 28-96 (29%) from the floor, and only 31% from inside the 3-point arc.

The great defense led to good offense for the Hawks as they shot 42% from the field and took an early lead they would never relinquish.

Clark State was led in scoring by Derrick McGowan with 20 points, Sean Johnson Jr. with 14 and Isaiah Boyd, Thorne Stephens, and Caleb Moore each had 7 points in the contest.

Raysean Jones led the Hawks and all scorers with 23 points on 10-15 shooting, 5 rebounds, 1 assist and 1 block. He was followed in scoring by Darnei Hairston with 11 points, Keiron Morning added 10, D'Andre Clay had 7, Bryce Mooring with 6, Devonte Lash chipped in 5 off the bench, Joesph Clay had 4 and Luke Drayer added a bucket.

Hocking will look to build on the victory as they return home to take on the Lakers from Lakeland Community College on Wednesday at 7:30 p.m. The last time the two teams met Hocking fell to Lakeland 70-69 on a last second shot.