How Underemployment is Affecting the Job Market

We all know what it means to be unemployed: seeking a job but unable to find one and/or be hired. However, what does it mean to be underemployed?

According to the Merriam-Webster Dictionary, underemployment means “the condition in which people in the labor force are employed at less than full-time or regular jobs, or at jobs inadequate with respect to their training or economic needs.”

Therefore, the main difference between unemployment and underemployment is the fact that in underemployment, the person has a job but the job requires less skills than what the person possesses. For example, someone with a bachelor’s degree in engineering and is instead working at a coffee shop would be considered underemployed.

Who is the Most at Risk for Underemployment?

College graduates. Roughly one out of every three college graduates are underemployed. How is this possible? As the economy starts to recover after the recession, the number of technical jobs rise and the number of specialized jobs decrease. Therefore students who graduate with a major in, for example liberal arts and humanities, will have a harder time finding a job that pertains to their degree than a person in construction would have. 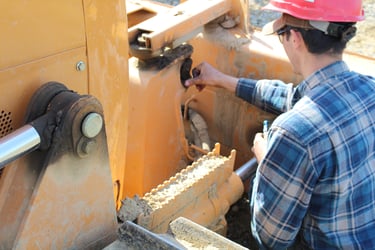 Age also plays a factor in the rate of underemployment. Those between the ages of 22 and 27, and have recently graduated from college, experience an underemployment rate of about 44%. These statistics may seem daunting, but let’s not forget about one important factor, annual pay.

Although a large portion of college graduates work in jobs that do not require a college education, more than half of these workers earn more than $45,000 annually. It is normally for this reason that graduates tend to be underemployed. Most jobs that require a degree also require a large amount of field experience, something that most recent college graduates do not have. Most of these graduates also do not have a lot of money, and settle for less qualified jobs that offer more than an entry level job might offer in their field of study. Therefore, they acquire jobs that they are overqualified for, but miss out on field experience opportunities in compensation for higher entry level wages.

This balancing act between losses and rewards is the major reason why most people who are underemployed never leave underemployment. People compromise experience and skill sets for short-term, higher wages. Although the entry level pay may be higher in the beginning for underemployment jobs, jobs in qualified fields of study offer longtime job advancement and pay raise opportunities that outshine those in underemployed jobs over the years. Unfortunately, most graduates are unaware of this and want instant money gratification. 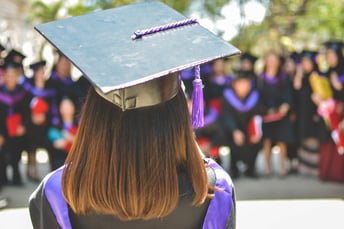 How Do College Graduates Avoid Being Underemployed?

By going to graduate school. Graduate school allows those with a bachelor’s degree to expand their education while also gaining field experience. For example, those in graduate school tend to serve as teachers’ assistants at their universities, or as in healthcare, working as interns or attendings. These opportunities normally lead to future job placement and advancement (including pay raises and benefits) th1at pertain to students’ skills and qualifications, preventing underemployment.

Underemployment is a large statistic that is usually underrated when evaluating the economy. It is an epidemic that plagues the workforce with jobs that require less training and strips workers of their skills. This phenomenon leads us to ask the following question: is a college degree the new high school diploma?