The Hocking College Hawks’ men’s basketball team had a successful day at the Spartan Juco Jamboree in Elgin, IL, on Saturday, Oct. 12, putting together three wins in three games at the event that played host to 30 teams. Hocking defeated Lake County by 7, Truman by 18, and Elgin by 25.

Among Hocking’s standouts were Landon Sprigler, Elias Revelle, Shawn Paris, Miekuann Knight, Jeron Tinsley, and Girvan Warren. This was an impressive start to the season for the Hawks. 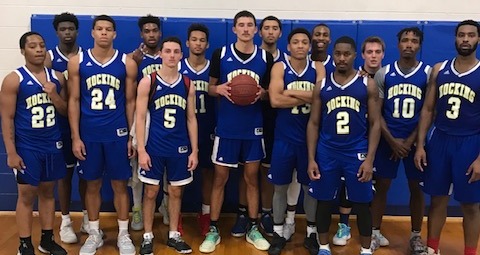