The purpose of National Breast Cancer Awareness Month is to make people all over the world more knowledgeable about this disease. In conjunction, government agencies, medical societies and nonprofit organizations work with survivors to raise money to fund research, educate women about the importance of getting regular mammograms and detail methods of prevention and early detection.

What are the symptoms of breast cancer?

Any woman who exhibits any of these signs is advised to visit her doctor right away.

Currently, the region with the highest rate of breast cancer-related cases is North America.

What's the significance of the pink ribbon? 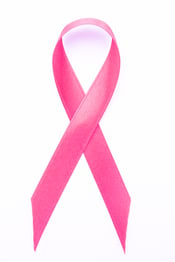 A pink ribbon is the international symbol of National Breast Cancer Awareness Month. In October 1992, SELF Magazine created the concept of using a pink ribbon to symbolize the importance of breast cancer awareness. Later, SELF editor Alexandra Penney teamed up with the cosmetics company Estée Lauder and their then vice president, Evelyn H. Lauder.  As a result, 1.5 million pink ribbons were distributed at Estée Lauder cosmetics counters all over the world. Then, Lauder — who is also a breast cancer survivor — formed The Breast Cancer Research Foundation which has raised more than $325 million for cancer research.

7 things you need to know about breast cancer

If you’re interested in a career in nursing then Hocking College in Nelsonville, Ohio currently offers the following nursing programs:

For more information on any of these programs contact Dean of Allied Health & Nursing, Director of Nursing Allied Health, Tamara Moyer, at one of the following: