Bonnie Proudfoot's first novel took a while to write.

"Forever," joked the retired associate professor of English at Hocking College, when asked how long it took to finish "Goshen Road."

She began the novel in graduate school, thinking it would be her doctoral thesis.

"One of these years I'll have tons of time to write," she recalled thinking. But life got in the way, and she put the manuscript aside for about 20 years. 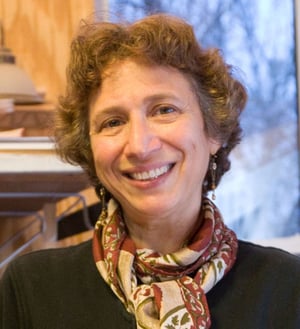 Several years ago, Proudfoot showed an early draft of the novel to fellow Hocking College English professor Sharon Hatfield. It's Hatfield who Proudfoot credits with encouraging her to finish the book.

"She said it was worth working on and kept prodding me to finish," Proudfoot said. Other colleagues, including Deni Naffziger and Renee Williams, read early drafts of the novel. The cover art features a photograph by former art program manager Mark Hackworth

"Having them read the book made me keep the bar high," she said.

Proudfoot said she "went full steam ahead" on the book about four years ago, working on the novel in the summer and on weekends when she didn't have papers to grade.

The novel tells a story set over 20 years of two sisters, their husbands and children living rural West Virginia — where Proudfoot lived for many years — it depicts the struggle of growing older with people you love and the cultural changes of Appalachia from 1969 to 1989.

"There were a lot of stereotypes about how people wrote about rural West Virginia and Appalachia, and that wasn't my experience," Proudfoot said. "I didn't want to reduce the characters to caricature. … A lot of people exploit economic disaster and cultural disaster. I didn't want to do that." 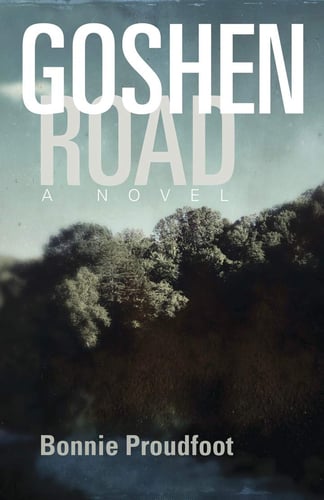 While she was writing, Proudfoot said she kept her family and neighbors "sitting on (her) shoulders."

Her 20 years of teaching at Hocking College helped form the novel. "This place (Appalachia) makes a deep impact in the values with which people are raised," Proudfoot noted, saying the students she taught helped influence the values in the book.

"In a way, I hope it's a book that some of my students would have common ground with," she said.

"Goshen Road" began to be lauded well before it was published.

While the story was in its early stages, Proudfoot received a Fellowship for the Arts in Creative Writing from the West Virginia Department of Culture and History for a novel in progress.

Proudfoot's also been named an Ohioana author and will appear at the Ohioana Book Festival Saturday, April 25, at the main branch of the Columbus Metropolitan Library, 96 S. Grant Ave., Columbus, Ohio 43215.

Proudfoot's excited and nervous for the book to become available, but -- always the English professor -- she mainly wants people to read it "so we can talk about it."

"On the one hand, that's kind of scary, but also one of my greatest goals," she said.

Where to find the book or see the author

Proudfoot has several local events scheduled for the book's launch:

All three events will feature Proufoot reading excerpts from the novel, taking questions and signing copies of the book. The Athens Public Library event will feature music performed by "The Trophy Wives," an all-female string band. Two of the band's members are Jane Ann Fuller and Jean Mikhail, a former English professor and librarian at Hocking College.