The History Behind Black Friday

When most people hear Black Friday, they immediately think of the day after Thanksgiving in which enthusiastic shoppers get up at the crack of dawn to start their Christmas shopping. In fact, so many Americans participate in this shopping holiday that retailers last year generated 7.9 billion in sales! 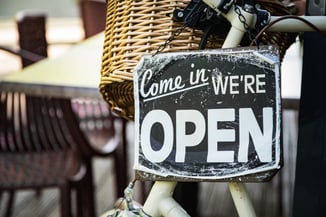 However, the history behind this term has four different variations, most of which tell dark tales of greed, corruption, rivalries, and chaos.

The first recorded version began in 1869 when two Wall Street financiers, Jay Gould and James Fisk, conspired to underhandedly purchase as much of the nation’s gold as possible. The motivation behind their boom-and-bust scam was to drive the price of gold up so they could sell it for an impressive profit.

However, their plans foiled when their scam was exposed. Unfortunately, the aftershock of their scheme caused stock market prices to fall 20%. In addition, commodity prices followed suit and dropped 50%. As a result, millions of people went bankrupt.

Although their associations with corrupt politicians allowed both Gould and Fisk to go unpunished, they did manage to gain infamy thanks to historians who dubbed the day their crimes came to light as Black Friday.

The second origin of Black Friday, and most controversial, dates back to the pre-Civil War era. Allegedly in the 1800’s, southern plantation owners were able to buy slaves at a considerable discount the day after Thanksgiving Day. While this version has no validity and is widely considered to be a myth, it has motivated some people to boycott Black Friday altogether.

The third origin of Black Friday comes from Philadelphia during the 1950's. At the time, holiday shoppers and football fans used to migrate in record numbers to the City of Brotherly Love in anticipation of the annual Army versus Navy football game. Traditionally, this always took place on the Saturday after Thanksgiving.

In fact, the rivalry between the U.S. Military Academy at West Point and the U.S. Naval Academy attracted so much attention and chaos that no Philadelphia police officers were allowed to take off work the day before the game. In fact, many officers were forced to work additional shifts to help manage the sometimes out of control traffic and crowds.

Hence, the Philadelphia Police Department continued the tradition of associating the day after Thanksgiving with negativity by calling the day before the football game Black Friday.

The last origin dates back to the late '80s when retailers were eager to rebrand their slow holiday sales. In an attempt to rebrand, they named the day Black Friday in recognition of the one day each year when the entire retail industry turned a much needed profit.

In response, shoppers got up before dawn and flocked to stores in record numbers. This marked the moment when Black Friday went from being a day some people dreaded to becoming a family tradition that continues to this day.

In addition to Black Friday, a new era of online shopping has come about. In fact, this has become such a predominant way of shopping that it now has its own shopping holiday called Cyber Monday. This holiday, which takes place the Monday after Thanksgiving, was created for the purpose of giving online retailers an opportunity to offer bargains to their customers as well.