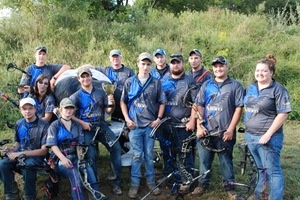 The Hocking College Archery team had a tremendous showing at the United State Collegiate Archery North Regional in Harrisburg, IL. Below are the results from the weekend's competition.