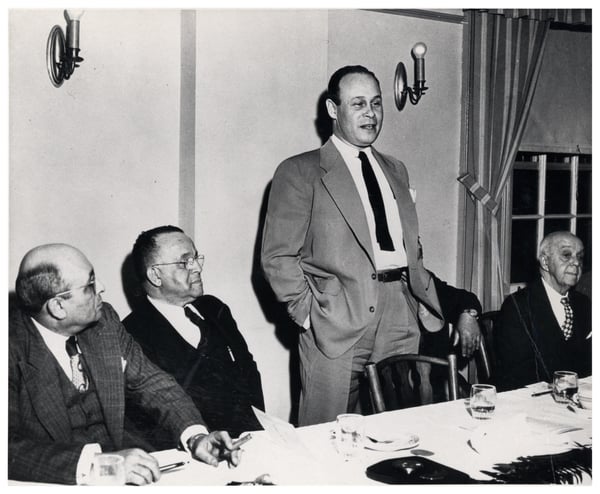 Dr. Charles R. Drew, an African American surgeon and medical researcher, grew up in Washington D.C. and was fortunate enough, even with a racial disadvantage, to go to an excellent public school. Drew later attended Amherst University on an athletic scholarship. While attending Amherst, his oldest sister died of tuberculosis, and he was hospitalized for an athletic injury. At this moment, he started to direct his focus toward medicine.

His journey through medical school was hard, considering the fact that only a handful of African Americans received this opportunity. He was accepted to Harvard but decided to attend medical school in Montreal, Canada. After medical school Drew served on the faculty of the Howard University College of Medicine. It was around this time that he started to dabble with blood transfusion while working on his doctoral thesis, "Banked Blood." 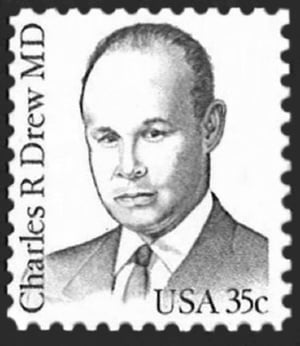 In 1940, Drew created the first large-scale blood bank in the United States with the Red Cross. One of his most significant accomplishments was "perfecting" blood transfusions. Being so, he was called upon by the British during World War II because their blood and plasma supplies were "tainted." He was appointed supervisor of the blood transfusion association for New York City and supervised the "Blood for Britain" program. This program was responsible for successfully supplying Britain with healthy and properly stored blood and plasma.

As medicine developed, Drew disagreed with the method of separating blood by race, and it was then he decided to leave New York and the Red Cross.
Drew went back to Howard, but he spent the rest of his life trying to improve the field of Medicine for African American physicians.

In 1950, he died from injuries caused by a car accident in Charleston, North Carolina. Because of his accomplishments, millions of lives have been changed as well as the medical field.

This blog was written by Donovan Demus, a student intern in the Marketing Office at Hocking College. Donovan is in the Business Management & Entrepreneurship program and hopes to work at an advertising firm in Columbus following graduation.