4 Ways of Handling College Stress as a Single Mom 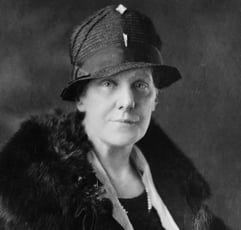 When West Virginia native Anna Jarvis orchestrated the first official Mother’s Day celebration in 1908, the world was a very different place. Back then women didn’t have the right to vote and rarely rose above the status of being a wife and mother.

Since then many aspects of our society has changed dramatically. Women have had the right to vote since 1920 and instead of being married, more 21st century women are finding themselves as single mothers. In fact according to the 2016 Census report, the percentage of children only living with their mothers nearly tripled from 8 percent to 23 percent.

In addition, many of these mothers are also non-traditional college students trying to make a better life for themselves and their children by earning a college degree.

Therefore, in honor of Mother’s Day, here are some tips to help cope with the stresses of being a single mom while in college, and finding a sense of balance between taking care of their families, school, work, and themselves.

Just Say 'No' To Guilt

When you’re a single mom, many times it’s up to you to be both the mother and father. In this kind of situation, it’s easy to put a monumental amount of pressure on yourself to be there for them on a 24/7 basis. But when you’re also a busy college student with a demanding schedule, many times this just won’t be possible. Because of this, you may feel an extreme amount of guilt. The best way to combat such negative feelings is by not giving in to them. Instead, try patting yourself on the back for the times you were able to be there instead of beating yourself up over the times you weren’t.

Since there will be times when you can’t be there for your children, you’ll need people you can depend on that will be there when you can’t. Plus, having people in your life who truly have your back will become more of a comfort to you than you may possibly realize.

Network With Other Single Parents

Although you might rarely find yourself physically alone, keeping up with the demands of being a single mom can occasionally leave you feeling lost and isolated. This is why you need other single mothers in your life who can relate to everything you’re going through. Having other single moms you can connect with either in person, on the phone, or online to share your struggles with will help make you feel less alone. It'll also allow you to be able to cope with whatever you’re going through.

Keep Your Focus on The Big Picture

When you’re both a single mom and a college student, there are bound to be times when you feel overwhelmed, discouraged, and ready to quit. It’s moments like this when you need to keep your eye on the big picture and remember why you originally decided to go to college in the first place: to make a better life for you and your family. In addition, remind yourself that your efforts are teaching your children a valuable lesson. Courtesy of your example, you’ll be living proof of how when life doesn’t turn out the way you expected it, you can always persevere through hard work and dedication.