Hocking College was recently awarded a provisional license as a medical cannabis testing laboratory by the Ohio Department of Commerce (ODC). The lab will function under the direction of Jonathan Cachat Ph. D., who was named the school’s Director of Laboratory Science & Undergraduate Research in September 2017.

Dr. Cachat will also help develop the curriculum for a new associates degree program at Hocking College in laboratory sciences that will encompass the following three specialized majors:

Dr. Cachat is a social neuroscientist (Ph.D.) who specializes in researching and documenting the relationship between psychoactive compounds, the brain, and behavior.

His background also includes developing IT infrastructure and expanding the boundaries and horizons of biomedical research.

Dr. Cachat has also devoted much of his professional life to educating the public about medical cannabis and promoting its potential benefits.

Dr. Cachat has also received the following certificates and degrees:

What About His Business Experience? 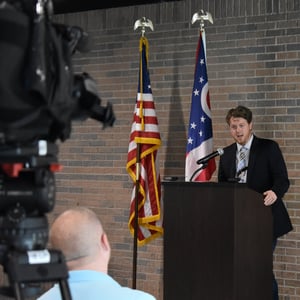 In addition to his new position at Hocking College, Dr. Cachat has also held the following job titles:

Has Dr. Cachat Ever Volunteered His Services?

Throughout his career Dr. Cachat has held the following volunteer-based positions:

What Other Credentials Does Dr. Cachat Have?

In conjunction, Dr. Cachat is an accomplished public speaker and will be one of the featured speakers at the O’Cannabiz Conference & Expo in Toronto, Canada in June 2019.

Anyone interested in finding out more about Hocking College's upcoming laboratory sciences programs can request more information by contacting Admissions at admissions@hocking.edu.