#ThrowbackThursday: The History of Hocking College

The origins of Hocking College in Nelsonville, Ohio can be traced back to Fall 1968 when its predecessor, Tri-County Technical Institute (TCTI), officially opened. Dedicated to providing technical training to local residents, the TCTI was built on the campus of the Tri-County Joint Vocational School, which is now the Tri-County Career Center.

When the Tri-County Technical Institute opened, it employed 28 instructors and served 234 students. Then in 1969 the TCTI received a charter from the Ohio Board of Regents allowing the school to grant degrees in 13 technical programs.

During the '70s the TCTI continued to reach a series of professional milestones. The first of these was their school’s inaugural commencement ceremony held in June of 1970. The graduating class consisted of 117 students, making it the largest graduating class for a technical institute in the state of Ohio’s history. Other goals the school met during the 1970’s included:

In the 1990’s Hocking Technical College got a new name and continued to expand its professional horizons in the following manners:

Hocking College started out the new millennium by making renovations on a new recreation center in 2001. Some of the other highlights of this decade for the college include: 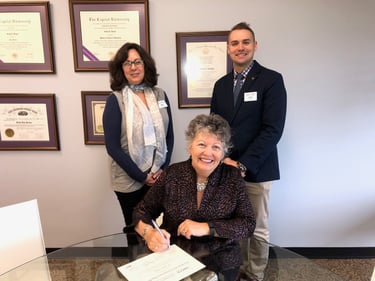 Although Hocking College has experienced many changes over the years, one aspect of the school has remained steadfast from the very beginning: its ongoing commitment to helping students in Southeastern Ohio and its border states cultivate success both in and out of the classroom.