Anderson’s visit is also in conjunction with his Next Level Student Tour, which is geared to both inspire students to stay in school, and encourage teachers to provide their underachieving students with the support they need to turn their lives around. 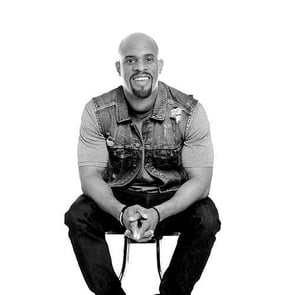 The basis for Anderson’s message comes from his troubled youth. At the time he was failing in school, experimenting with drugs and alcohol, and living a life of crime.

Once Anderson decided to change course, he devoted himself to getting an education and living a life of sobriety, health, and fitness. As a result, he graduated from high school and college, and went on to become the successful motivational speaker that he is today.

On top of that, Anderson owns several successful businesses, has authored seven books, and has carried his message across the globe.

Some of the books Anderson has authored include the following:

Anderson resides in Atlanta, Georgia with his wife, Traci, and their daughter, Jewel.