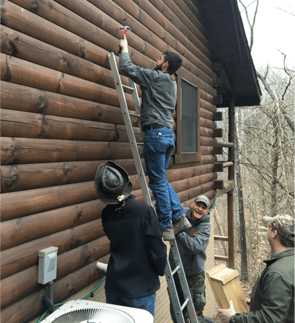 During the first weekend of March, members of the Hocking College Wildlife Club hung 23 bat boxes on cabins owned or managed by the Buffalo Lodging Company in Hocking County, at the owner’s request.

Business owners and homeowners alike can attract these beneficial mammals to their yard by planting native species to encourage insect prey and erecting a bat house. 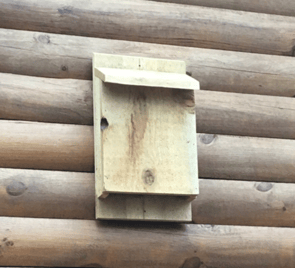 The typical bat house is about 18 inches wide, 24 inches long, and 6 inches deep.  A bat house of this size will support 100 adult females and their pups. To maximize their effectiveness, a bat house must be exposed to at least 7 hours of sunlight per day.

The bat boxes were constructed from rough-cut lumber donated to the Wildlife Club by retired Forest Management instructor Mark Puhl.  A group of talented Wildlife Resources Management students built the boxes during January and February.

All bat boxes were mounted on the southern side of a cabin about 10 – 15 feet above the ground.  The Wildlife Club earned $25 per bat box making the project ecologically and economically beneficial. 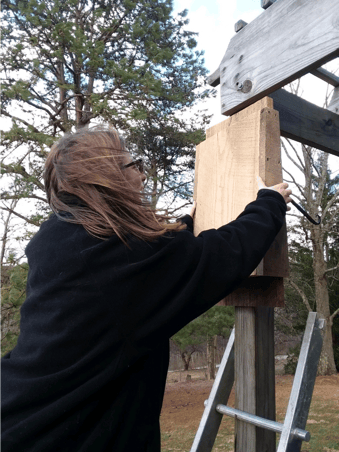 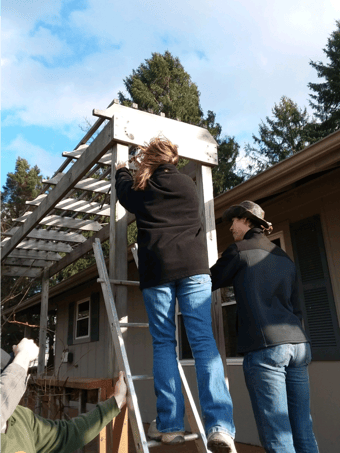 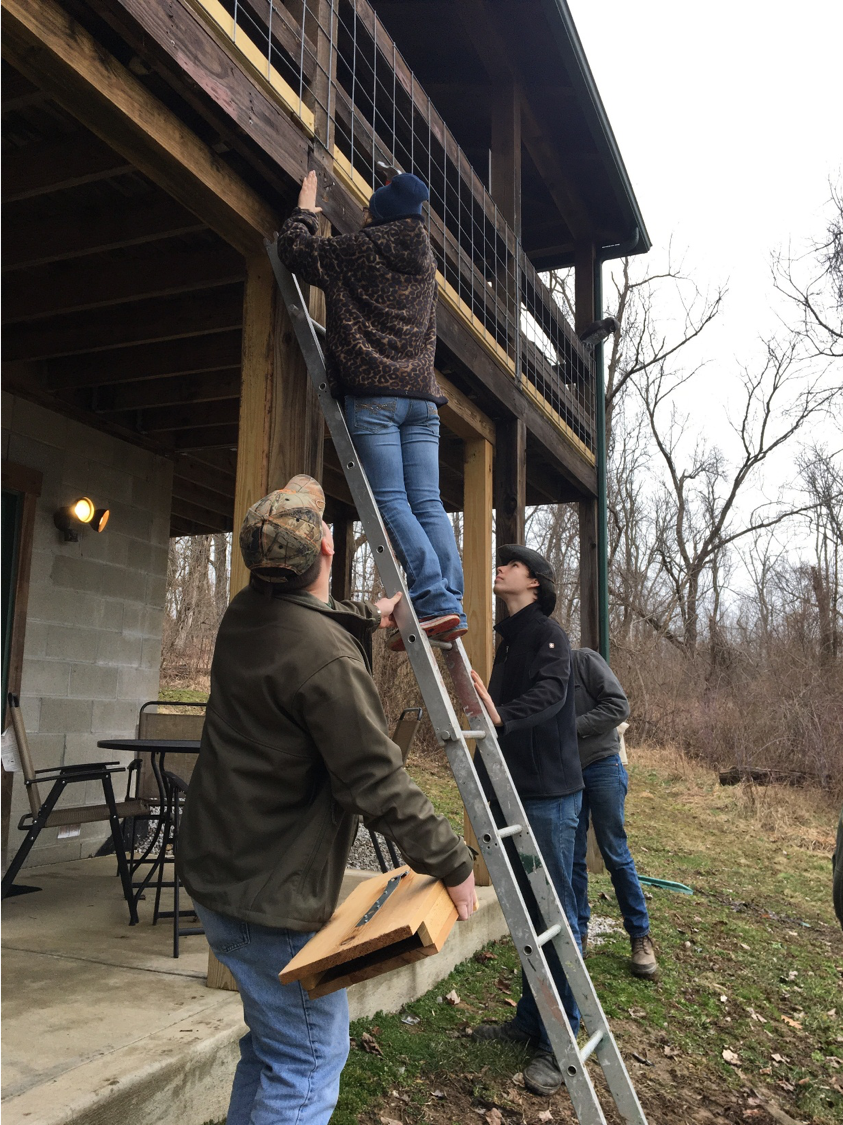