How to Handle PTSD in the Classroom

Today is National Post-Traumatic Stress Disorder Awareness Day and the following blog post strives to educate Hocking College students about this disorder, as well as make them more sensitive to the needs of anyone dealing with this condition. 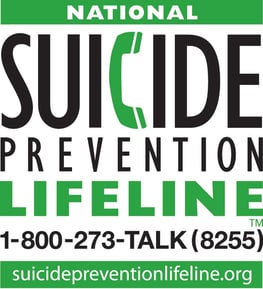 Are you familiar with the term Post-Traumatic Stress Disorder (PTSD)? Do you know how to recognize the signs of someone who has PTSD? Would you know how to react if you found yourself seated in a classroom next to someone in the midst of a
PTSD-related flashback?

Below is some information that you’ll find useful should you encounter a classmate who is suffering from PTSD.

PTSD is a mental health problem that can be characterized as a person who is having extreme difficulty moving beyond a traumatic event in their life. Instead, they continue to relive this event over and over again.

Overtime, their inability to process the trauma they’ve experienced will begin to have a negative impact on every aspect of their personal and professional lives.

Although most people assume that only veterans suffer from PTSD, in reality this disorder can affect anyone who has been through an extremely unnerving event.

What Are The Signs Of PTSD?

Normally when someone experiences a traumatic event they’ll start to experience some of the symptoms listed below. However, when someone has PTSD these same symptoms will last longer than three months:

What Can Trigger A PTSD Episode?

The following things could trigger a flashback in anyone suffering from PTSD:

How Should I React If A Classmate Is Having A Flashback?

If a classmate appears to be having a PTSD-related flashback then you should do the following:

If you know a Hocking College student who might be suffering from PTSD, you can advise them to contact the Hocking College Counseling Center at (740) 753-6564 or Hopewell Health Center at one of the following locations:

Text to connect with our Director of Veterans and Military Student Services Center, Stephen Powell, for more information about Hocking College.