Shattering the Silence on Domestic Violence

While many may know that October is National Breast Cancer Awareness Month, it is also National Domestic Violence Awareness Month. According to The Center for Family Justice, domestic abuse is defined as “a pattern of coercive, controlling behavior that is a pervasive, life-threatening crime affecting people in all communities regardless of gender, age, sexual orientation, race, ethnicity, religion, social standing, and immigration status.” 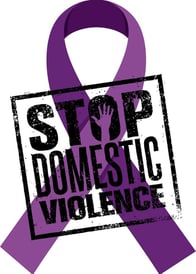 How Widespread is Domestic Violence?

According to the National Domestic Abuse Hotline, on average, 24 people per minute are victims of rape, physical violence, or stalking by an intimate partner in the United States. That's more than 12 million women and men over the course of a year. In addition, the National Domestic Violence Hotline and loveisrespect answered over 323,000 calls, chats, and texts in 2016 regarding domestic violence.

Are There Different Types of Domestic Abuse?

Yes, there are several types of abuse which are explained below.

What Are the Signs of Domestic Abuse?

The following are warning signs in which someone may be abusive:

Someone who's living with an abusive partner may experience the following:

How Can Someone Get Out of an Abusive Relationship?

There are a few ways someone can get out of an abusive relationship, which includes:

Where Can Someone Find Help Locally?

If you or someone you know is in an abusive situation and lives near Athens, Hocking, or Vinton Counties, contact My Sister’s Place for help. My Sister's Place is a domestic violence agency located in Athens and offers services including a 24/7 hotline, outreach counseling, and an emergency shelter.