National Kindergarten Day: How It Started & How It Has Impacted Our Youth

National Kindergarten Day, which takes place today (April 21), is celebrated in honor of Friedrich Froebel who was born on this day in 1782. In 1837, he founded kindergarten in his native country, Germany.

Froebel based his creation on his theory that playtime could also function as a teaching tool that could install some essential social skills in young children.

In the beginning, a typical day in a kindergarten class consisted of a teacher using songs, games, and toys to both nurture independence in small children and encourage them to become more comfortable spending less time with their parents.

Froebel also believed kindergarten classes should be taught by women because he saw early childhood education as an extension of mothering.

Eventually, some of Froebel’s followers migrated to America and began teaching kindergarten classes for the children of German immigrants.

When Did the Concept of Kindergarten Become Americanized?

The first English-language kindergarten was opened by Elizabeth Palmer Peabody and her sister, Mary Mann, in 1860. Shortly afterwards, Peabody traveled to Germany to study with Froebel and returned to become an advocate for this educational movement.

As a result, more women became motivated to begin teaching kindergarten classes. This allowed them to launch their own schools and become more financially independent.

When Did the First Public Kindergarten Open? 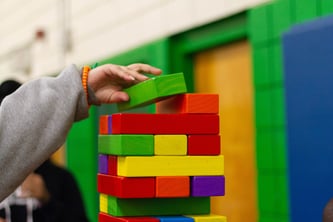 The first public kindergarten opened in St. Louis, MO in the 1870s. By 1880, there were more than 400 kindergartens in 30 different states in every major U.S. city.

Today, kindergarten is an essential staple of our education system. What began as an experimental movement has essentially evolved into a career path for anyone interested in pursuing a career in early childhood education.

Where Can I Get a Degree in Early Childhood Education?

Hocking College in Nelsonville, OH offers an Early Childhood Education Program that places its students in classroom observation settings beginning the first semester. The two-year curriculum leads to an Associate of Applied Science in Early Childhood Education. This degree will provide graduates with the credentials needed to begin a career in the field of early childhood.

For those who want to continue their studies beyond a two-year degree, the program provides opportunities to transfer to a four-year college to pursue an Ohio teaching license from Pre-K through five years.

What Will I Learn In This Program? 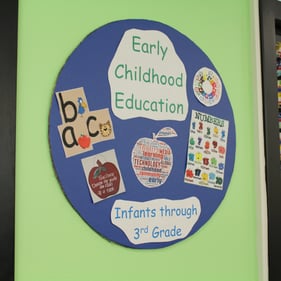 Where Can I Get More Information On This Program?

For more information about Hocking College’s Early Childhood Education Program, contact Program Manager Susan Dietz by email at dietzs19941@hocking.edu or by phone at (740) 753-6514.