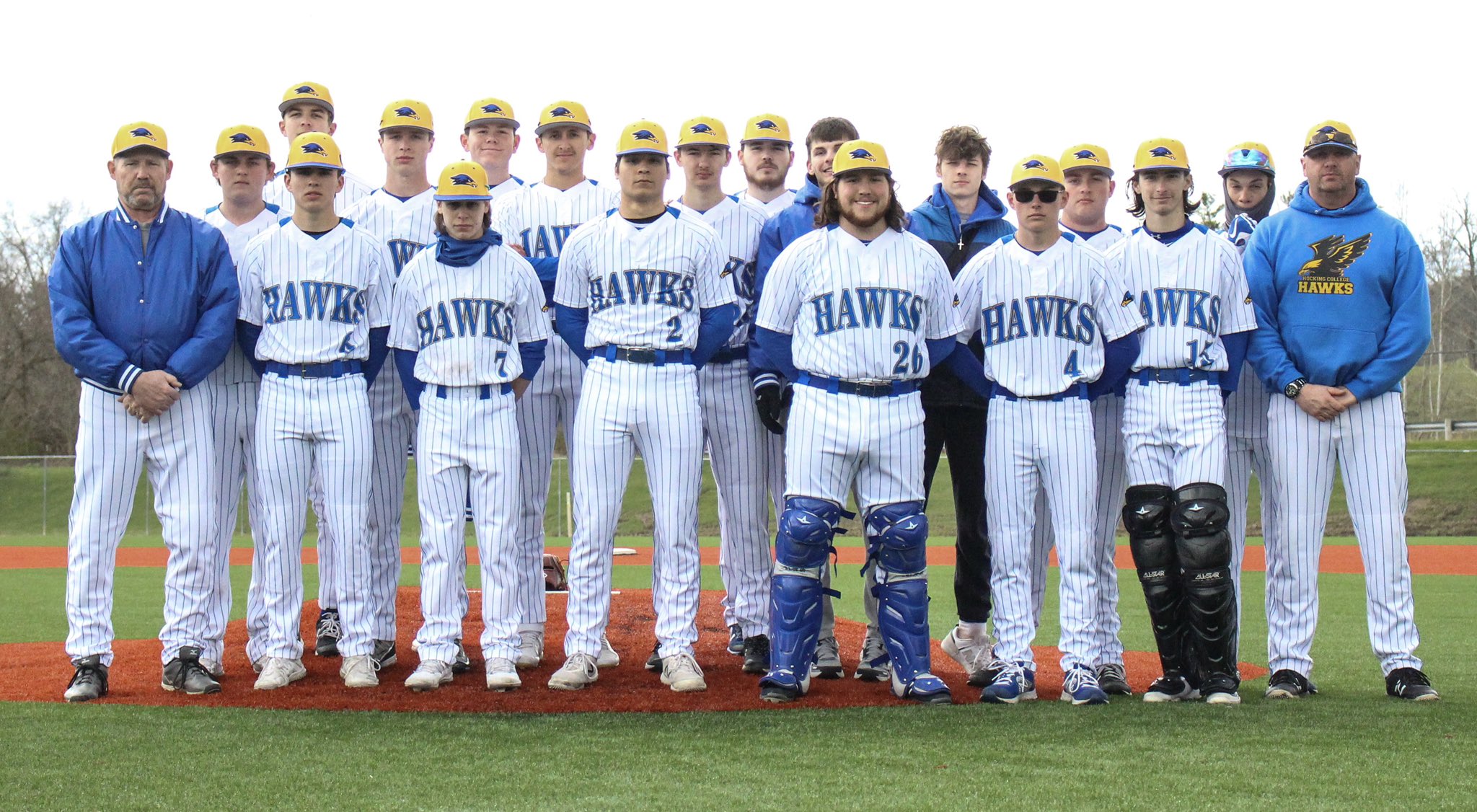 The Hawks baseball team finished their first season in school history this weekend, falling to Edison State Community College in two doubleheaders. The Hawks compete in the Ohio Community College Athletic Conference and play some of the best competition in Junior College baseball. The team started the season with over 20 men on the roster, but as the year progressed, injuries would take out key players in the lineup. Although the numbers dwindled, the Hawks still put up a fight in every game. They finished the season with a 5-22 record. For a brand new program, five wins is a great starting point moving forward. All five happened to also come in conference play (OCCAC).